In Part I of the SPU story I gave you an overview about the history of the Ortofon SPU and the technical aspects to use one of these classics within your stereo system. In this episode, I want to give you a specific view of one of the many different types Ortofon has to offer, the SPU Royal (N).

A kind of blue 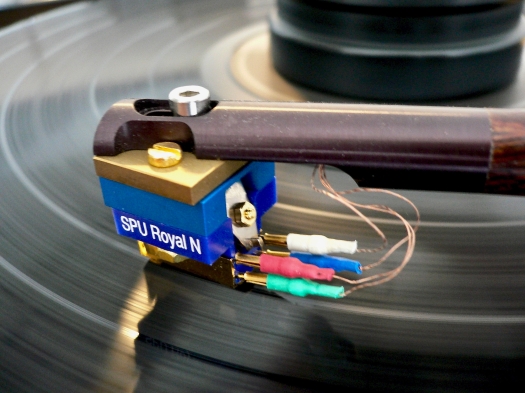 The SPU Royal N differs in some specific design aspects from the SPU Classic and its stablemate the Classic – E (elliptical stylus). First of all, Ortofon uses with the Royal version a special stylus, which they call Replicant 100, a derivate of the common line contact stylus shape. With the implementation of such a “modern” shape Ortofon managed to reduced the moved mass of the stylus tip, because the Replicant stylus carries nearly 50% reduced mass, than its opponent used in a SPU Classic. Reducing the mass within the moving parts of a cartridge results in betters tracking performance as also the ability to follow the music in a more immediate way. The leading edge will be rendered in a much more accurate way as it will be also the case with the presentation of micro dynamic shades of our most demanding vinyl records.With reducing the moved mass of the Royal (N), Ortofon  was able to design a slightly different suspension system, wich results in a decrease of the recommended vertical tracking force from 4 – 5g to “just” 3g. The coils of this cartridge were also modified, a hybrid construction made from gold plated silver wire is used, and therefor the internal resistance of the SPU Royal changed from the 1,5 – 3 Ohm resistance of the traditional SPUs to 6 Ohm in the Royal (N). With a 6 Ohm internal resistance we do not gain any increase in output level, the Royal produces the same 0,2mV as the Classic or Classic – E would do. 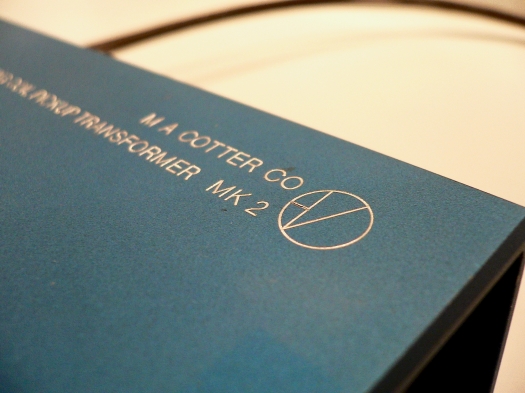 The impedance change up to 6 Ohm has some consequences in considering the use of a step up transformer (SUT). With the traditional SPU cartridges we use a 30:1 SUT  and will get, around 29db gain with such a device. The 30:1 SUT is virtually made for the Ortofon SPU range of cartridges – but those traditional SPU carts share a very low impedance of at most 3 Ohm – and only with this impedance value our SUT will deliver those 29db of gain.With the 6 Ohm Royal (N) cartridge we will face a lower gain value, because of the doubled internal resistance – the 30:1 SUT will deliver under this circumstances something about 27db (impedance mismatch) which results in a serious drop of gain. And to make the things more complicated, Ortofon recommends with the Royal (N) a load impedance of 100 Ohm instead of 50, the latter will be the optimum load for a SPU Classic.

A 30:1 SUT is not the best match with the Royal (N). If we look at the technical specs of a 20:1 SUT, we realise, that such a SUT will be a much better partner for this modernised version of an old classic. The 20:1 SUT gives us 26db and the cartridge will “see” 117 ohm load impedance which is exactly, what we need. In terms of gain, and load impedance. We achieved now a perfect match but we have to face the fact, that we still deal with a 0,2mV cartridge which will be decreased in gain about 3db in comparison with a 30:1 SUT and the SPU Classic series of cartridges. 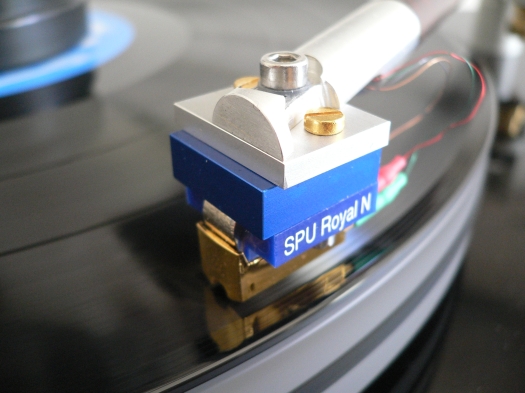 This little gain calculation clarifies different technical requirements for both types of SPU cartridges , if we want to use a cartridge like the SPU Royal N, we must have a phonostage which is able to compensate for the lower gain values we will get with a 20:1 SUT. As most of the SPU aficionados will use a tubed phono stage, you will have to verify the technical specs of such a device – everything less than 43db is not suitable for the SPU Royal (N).

Lets do some math again: 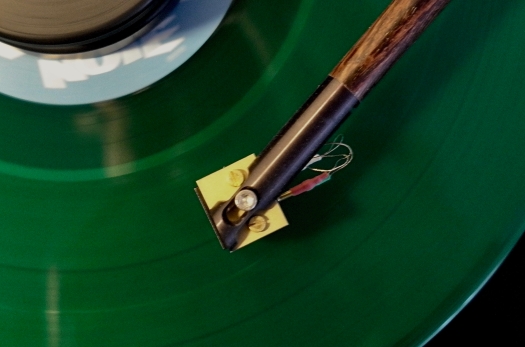 Both values are under 1V, which would be the gain level of a FM tuner, in comparison a CD player will deliver an output level of 2V if it is made with the Sony/Philips specs once adopted.

And in case of the Royal (N) we will get only 0,5V which is half of the output level a FM – tuner is able to deliver. Now you will understand, why a line preamplifier is indispensable teamed up with a very low output phono cartridge.

Lets assume our tube power amplifier will handle 1V at its input for delivering its maximum output power (a very common value), than the signal we will feed in our line stage is not high enough in both calculations shown above to reach the headroom of our power amplifier, the line stage has to provide additional gain to reach a value of 1V.

With todays CD players, which often produce an output level of more than 3 or 4V, our line preamplifier is degraded to be a very expensive attenuator (In a later article I will describe that subject in depth)! But everyone should understand now, what the purpose of an active line stage originally was – this thing had to give us additional gain, as it was also designed to bring input and output impedances to common values, compatible with our source devices as also our power amplifiers! 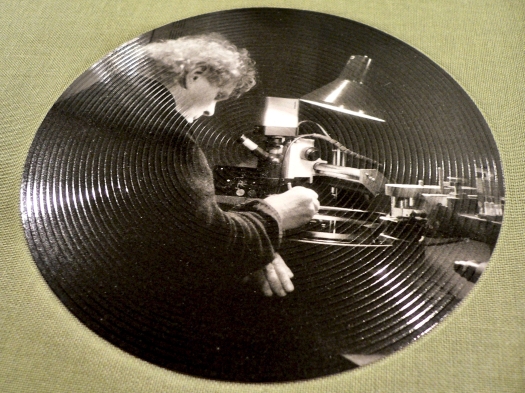 As we realised with using the Ortofon SPU Royal (N ) we have to meet some requirements prior of use – a 20:1 SUT and a phono stage capable of delivering a minimum of 43db of noise free gain in a moving magnet configuration.

If both requirements are met, we will get something very special….this is not only the traditional SPU sound, there is a lot more to discover. The Royal (N) will bring to the table an increased resolution as also a refined tracking performance. It has still the bolt and holistic sound we adore so much, but the cartridge is able to show you a lot more resolution as also a better understanding of the micro dynamics of the recordings. The resolution is on par with a lot of super modern constructions but lacks to end in itself. The resolution is given to you in a very charming and smooth way, there is no shining light on this aspect of the sound reproduction,

The tracking performance is superb – the most demanding cuts are played with no hint of a grain or the slightest roughness, Ella Fitzgeralds most frightened vocal performances are shown in such a relaxed way, that you will be stunned. The ability to show us more pin point accuracy in terms of reproduction of recorded space is on par with some very good high tech carts out there. The Royal (N) is something like “Two Face” in the famous Bat Man comics. There is the classic SPU sound in its full glory, but on top of that you get a higher level of performance, and sophistication normally associated with modern high end cartridges. The Royal (N) is maybe the squareness of the circle, on one hand there is the smooth and holistic gestalt of the classic SPU, and on the other hand, their is a good portion of modern aspects which are not a betrayal of the original sound.

A great opportunity to dive into the culture of the oldest of all moving coil cartridges, a true classic slightly modernised – a masterpiece – thank you Ortofon!

3 Replies to “What a feeling…..Part II Ortofon SPU Royal N”